What is Narcissism? | Candider
narcissism
Candider

Narcissism is a very common personality disorder nowadays where everybody found themselves to be a social media influencer. Hence, it is important for you to understand are you a narcissist or not?

Narcissism is a psychological trait of an inflated self-image. Narcissists think they are better looking, smarter, more important than other people and they deserve special treatment. Mostly can be seen in social media influencers.

It is the most common kind of narcissism, such a person is an extrovert, dominating and attention-seeking character. Mostly such persons are celebrities, politicians and social media influencers. Not every person with such a character is a narcissist like people who have potential or help others.

Such a person is an introvert and reserved and have a sense of entitlement. Such persons get easily offended when they couldn't get the entitlement they think they deserve also they get offended when somebody tries to correct them. Instead of learning from the feedback, such person found others wrong.

Such persons are selfish and make risky and unethical decisions. Such persons feel good within itself but thee people around them suffers. It is a psychological disorder in which a person becomes egocentric. Evey 2 out of 100 persons have this. 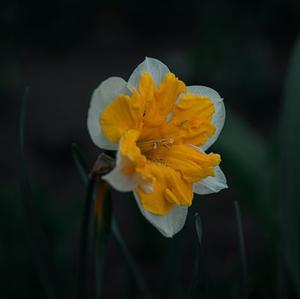 Ancient Greek had a myth that narcissist was someone who had an obsession with its own self-image. Narcissus was a handsome guy roaming in the world in search of love and rejected a nymph named Echo because he got sight of his own reflection in a river and fell in love with it. A flower marked the spot where he died and we call that flower Narcissus.

Vulnerable Narcissism is caused to someone who had a controlling childhood or got dominated by parents, friends or family.