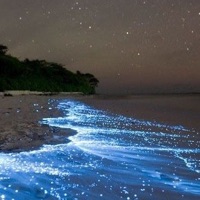 Emperor Akbar’s first Rajput Begum was a princess of Amber. She was the eldest daughter of Raja Bharmal of Amber and her marriage with Akbar was a political alliance between her father and her husband. As Raja Bharmal wanted protection from his Rajput enemies he joined hands with Akbar, other than making him his enemy. He tactfully handled the situation rather than becoming all proud and having sour relations with Mughals. He was fully aware that the way Akbar worked and his open mindset he was to become the best emperor of the subcontinent and his daughter will then become Malika-e-Hindustan. Fortunately enough, he hadn’t even thought that Akbar would be in love with Harkha Bai and she would be known as Maryam Zamani and would issue farmans one day. She was the mother of Akbar’s heir, Jahangir and issued farmans during her reign as Queen Morger of the Mughal Sultanate. She was extremely talented and respected by the Mughal household and her husband as well. Akbar built a fort for her in Fatehpur Sikri which is popularly known as Jodha Bai Fort. However, the misconception that lies here is that her name was not Jodha. She was known as Harkha Bai or Heer Kunwari. Jahangir’s wife, the princess of Jodhpur, Jagat Gosain was known as Jodha Bai. In the eighteen century, a British official got confused with the two and mentioned Maryam Zamani as Jodha Bai. That is why in popular culture today, she is known as Jodha Bai.